Moreld's tower of terror will test your grit. 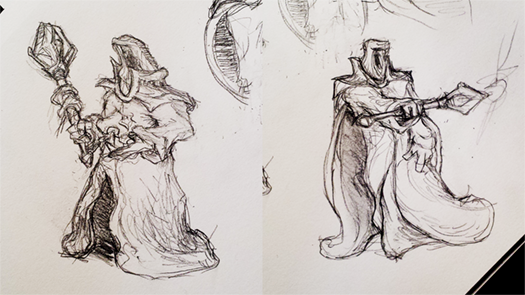 Creatures now have a chance to leave a pool of blood when taking damage or affected by a bleed wound.

Leftover blood tells us a story of what has happened in a space, and can also be used to track down bleeding opponents. This change is also in preparation for upcoming interactions with blood. Stay tuned!

A much-requested change from play-testers. Previously swapping to a sword and shield would require two turns, where now it can be done in one. This change should make multi-weapon builds not only more fair, but also less frustrating to use.

These changes are in response to feedback - to extend the amount of time spent in the mid-game and encourage more versatility in build choices.

The main idea behind these changes is to allow more abilities to be used per fight, and to help balance the various possible builds. We're very interested to hear feedback in how these changes affect gameplay.